Why Should we be Excited About the New Biosimilar Regulations?

The UK Government are currently working hard to push forward the life science market in the UK and a new piece of regulatory guidance regarding unnecessary clinical trials of biosimilar medicines is also set to put the UK ahead in the biosimilar market over the coming years.

Extensive caution is always taken around clinical trials for obvious and mostly very necessary reasons. However, it can take up to 9 years for a new medicine to pass through clinical trials which is the rate limiting step for innovation and R&D. This of course, is completely appropriate for many novel medicines, and safety should always come first.

Biosimilar medicines have previously been put through the same clinical trials as completely novel medicines with novel targets, which has now been deemed unnecessary. The new guidance has been introduced by the UK’s Medicines and Healthcare products Regulatory Agency (MHRA) backed up by extensive scientific evidence and real-world experience. The guidance appears to be set to completely revolutionise the UK biosimilars market.

What is a Biosimilar?

Over the years, evidence has piled up to show that biosimilars will act upon the human body in the same way as their respective existing biologic so it is now evident that testing these to the extent of the original molecule is unnecessary. This bold move for the UK, is not only expected to save the NHS billions of pounds, but is expected to cause a large market boom in biosimilar production.

The MRHA has launched this new guidance to streamline the development of biosimilars. There will typically be over 50 analytical methods that confirm the structure and function of a biosimilar medicine to the original which provides enough information to ensure the product will be safe. For over 15 years, clinical evidence has built up to provide a picture of patient outcomes when switching them from an originator biologic to a biosimilar, and patient outcomes have been tracked through follow-up studies. The data is sufficient and robust enough to support the usage of biosimilars, without needing costly extensive studies. It will save the NHS time and money in the long run.

Two to three years ago, the UK had limited clinical knowledge and awareness of biosimilars. This meant that the biosimilar market was lagging behind and struggling to keep up with the pace. However, things have drastically improved, and patients are much more likely to be switched to a biosimilar medicine from the original biologic. The NHS has worked hard to bring together industry groups, patient groups, doctors and nurses to push forwards the regular intake and usage of biosimilar medicines, using regulatory science and evidence to back it up.

Over 30 biological products are set to lose their exclusivity across Europe in the next 15 years. Out of the NHS’s 10 most expensive products, 8 are biological medicines, meaning that access to production and distribution of biosimilars could reduce the price by up to 50%. Just one working example of this is adalimumab, which is predicted to save the NHS £300 million by the end of the year since it came off its patent in 2018.

Over 20 biosimilars are set to launch in the UK within 5 to 10 years thanks to this new guidance. One example will be a biosimilar to Lucentis which is used to treat age-related macular degeneration which currently affects over 600,000 people in the UK. This alone should save the NHS hundreds of millions, allowing more widespread access to treatment.

Enabling the use and production of biosimilars drives market competition, which ultimately creates more life science jobs and drives down the prices of medicines, and therefore increases access to previously expensive medicines. It allows improved levels of access to new and innovate therapies. Saving the NHS money, frees up their resources and allows them to reinvest in other services. It generates revenue for and motivates innovation across the pharmaceutical industry. The UK is now in line with the rest of Europe in terms of regulations, and the UK biosimilar market is currently expected to surpass that of Europe over the coming 10 years.

We at Network Scientific are incredibly excited about the changes in biosimilar regulations which will have an incredibly positive effect on the UK Life Science Market, creating more jobs and attracting more talent from around the world.

Interested in new career opportunities, have a look at our Life Science Jobs. 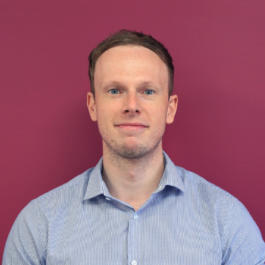 When applying for a role through a job advert make sure you include a cover letter. This gives you the best opportunity to secure an interview as you can express why exactly you are a suitable fit for the position. Make sure you tailor the cover letter to the particular vacancy to highlight the specific reasons you would be successful. Take note of the adverts “requirements” and think about how your experience matches up with the different attributes and skills that are important for this person to have.