The Rise of the Temporary Worker

For a while now there has been an increase in the need for temps and contract workers within a variety of industries, not just scientific and laboratory businesses. There can be many different reasons for these increases, be it a sudden increase in workload (for example an increase in laboratory testing requirements), a seasonal role requirement or emergency cover for one or more permanent members of staff.

A recent report from the REC shows that short-term demand for temps increased 9% when compared to the previous rolling quarter. When companies were asked if they thought the number of temps in their organisations would increase in the next three months, just short of 26% felt that it would increase.

There are many benefits to hiring temporary worker over permanent staff, primarily;

If you have a sudden increase in workload, hiring temps means that you don’t have to worry about keeping them on long-term if the workload increase is only a short-term problem. It also means that you don’t have to spend much time thinking about culture fit due them only being around for a short space of time. The brilliant thing about hiring temporary workers is that if the role and the workload increase were to become a more permanent occurrence, then there is the possibility of taking a temp permanently if it is a good fit.

We have found that there is an increasing amount of companies that are taking on temporary staff to ‘try before you buy’. The idea of this is to take someone on with the idea that if all goes well, after a certain amount of time, the company will make them a permanent member of staff. Recruiting in this way gives companies the benefits listed above but they have the potential to end up with a permanent employee at the end of the process. The January 2020 report from the REC indicates that the proportion of employers transferring at least half of their temps into permanent roles rose from 20% to 30% year-on-year.

Contract workers are also in demand. Should a business require certain knowledge or skills for a specialist, one-off project that they don’t possess in their current workforce, they may hire a contractor who can bring their expertise into the company wherever they require it, instead of making a long-term commitment by hiring a permanent member of staff. It is a much more cost-effective way to approach these ad-hoc specialised projects.

At Network Scientific, we provide specialist scientific and technical permanent, contract or temporary recruitment. If you have any current or upcoming requirements or wish to discuss your recruitment needs, give us a call on 01423 813520 or email zara.jackson@networkscientific.co.uk for more information. 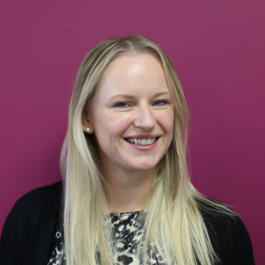 Don’t forget that interviews are a two way process and you need to be prepared with good, well thought out questions to ensure you can assess the opportunity and company fits you and your long-term career goals. Perhaps ask your interviewer what attracted them to the organisation initially and why they like working there.