New statistics released by the Home Office show during 2017, almost 3.8 million scientific procedures involved animals. This is a 4% decrease in comparison to the 2016 figure and a 17% decrease from the 2008 figure.

Out of these 3.8 million scientific procedures, 1.89 million were conducted on live animals. Commonly cited reasons for the use of animals include surgical training and the testing legally required to bring a new pharmaceutical to market. 50% of the 3.8 million procedures were classed as mild and 26% assessed as moderate, while 5% have been categorised as severe.

There have been considerable changes in the use of specific species for scientific experiments over recent years. Use of primates fell 17% in 2017 (vs. 2016) while the number of horses being used increased by 18%. It is worth noting, however, that many of the horses used for scientific procedures in 2017 had been used previously, for example as blood donors. In common with previous years, rodents and fish accounted for 87% of all animal experiments conducted in 2017, whereas cats, dogs, horses and non-human primates only accounted for 1%.

Many people are not happy with the speed in which the issue of animal testing is being addressed. The following comments are from a variety of sources:

Hazel Jackson, science director of Animal Free Research UK, has commented: “This almost negligible decrease in the number of animal experiments is simply too little, too late. Instead of continuing to pump money into outdated, cruel and often misleading animal research, more needs to be done to invest in the UK’s expert researchers who are developing innovative, human-relevant methods which are best placed to discover treatments for debilitating human diseases.”

The Human Society International have said: “It is disgraceful that seven years after the UK government’s pledge to reduce animal use in scientific research, the animal body count remains high year-on-year, with no meaningful or effective strategy in place to address the number one cause: out-of-control breeding of engineered animals,” said Troy Seidle, vice president for research and toxicology at the organisation. “Once again, Humane Society International calls on the government to require increased use of cryopreservation – the freezing of sperm or embryos – to short-circuit this appalling breed-kill cycle.”

Chief executive of Cruelty Free International, Michelle Thew said: “Brexit has the potential to be a real opportunity to demonstrate to the world that the UK is committed to making difference for animals by reducing the extent of suffering in our laboratories and replacing animals with modern, humane testing methods. The UK Government needs to step up and use this moment in history as a springboard to step up efforts to stop unnecessary animal experiments.” 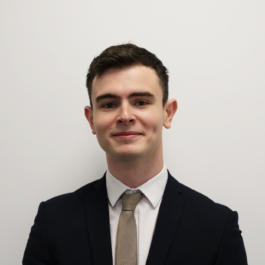 Try to focus your CV towards the specific type of role you are looking for, detailing your relevant experiences and skill set. Despite popular belief, trying to leave your options open by writing a more general CV will actually limit the interest you are trying to generate from potential employers.