Can that ‘Old Wives Tale’ treat The Common Cold?

We have all been there. Waking up in the morning, achy, with a stuffed nose, sore throat, and an overriding urge to throw yourself under the covers and do absolutely nothing (except complain to your partner/family!). You have a cold, most likely caused by a Rhinovirus if it is warmer or a Coronavirus (not THAT Coronavirus) if it is a chilly winters night. Either way, it is not exactly ideal!

I shall preface by saying that, unfortunately, there is no medically approved cure for the ‘common cold’. But for many years, thousands of remedies have been touted as the one to use when you catch a cold – the question at hand is which of these have any scientific merit?

It originates from Indian Toddy Drink, produced by fermenting the sap of palm trees. Sometime around the late 18th century it was used to describe a mixture of a spirit (whisky usually), hot water and honey. According to Victoria Moore in How to Drink, the Hot Toddy is reported as “the vitamin C for health, the honey to soothe, the alcohol to numb.”

One of the most important tips Doctors give to those suffering from a cold, is to stay hydrated. Minus the alcohol (well renowned for causing dry mouth/throats) the Hot Toddy gets an A+ for being a refreshing hydrator and great when the weather outside is frightful.

Feeding a cold, starving a fever

A catchy medical motto, is there any factual basis to idea of besting the illness with controlled food intake?

The answer is… it is not a simple ‘yes’ or ‘no’. We all require energy to function every day. That means eating a healthy amount of food to process as energy daily. This is even more critical when fighting off sickness, as your body needs extra energy to produce immune cells to fight off invading microorganisms/pathogens.

So, the saying should go “feed a cold, but also feed a fever!”. But above all it is critical to stay hydrated, as your body works in overdrive when battling infection.

Often either a cold towel compress or freezing bath was used to counter the effects of a fever, especially when originating from a cold. But, cooling down might not be the best idea when your body is in ‘fight mode’.

The increase in body temperature is an innate defence system! By raising your internal temperature, your T-cells produce heat-shock proteins, which protect cells from damage caused by stress. Not only this, but it causes T cells to migrate to sites of infection more rapidly, allowing them to fight the infecting pathogens more effectively.

It is important to monitor your temperature to make sure it does not reach dangerous levels, but a light fever is beneficial to besting your cold.

Orange you glad for Vitamin C?

Apologies for the pun. It is well known that Vitamin C is key for a healthy immune system, but some increase their intake when suffering from a cold to increase their rate of recovery.

Unfortunately, there is no peer-reviewed evidence that shows having a ‘mega-dose’ of vitamin C aids the fight against nasty bugs once you are already infected. Although, it is highly recommended to avoid catching a cold in the first instance. Prevention is sometimes considered better than the cure!

The magic properties of chicken soup

For as long as chicken soup has existed (or any soup, for that matter), it has been fed to people young and old suffering from a cold. But does such a broth contain magical properties?

Probably not. But a well-made soup is nutritious and since it is a broth, it works well to keep you hydrated. So not only is it tasty, but it is not negatively impacting your rate of recovery. Like Springsteen, Madonna and (way before) Nirvana, soup is a classic that is here to stay. 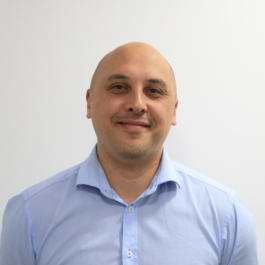 Be Brave and 'Close'

Don’t be afraid to “close” the interview. There’s nothing worse than coming out of an interview and having no idea how its gone, so be brave and ask the question. Use an open question when saying “Thank you for your time, I’ve really enjoyed our meeting, what concerns do you have about taking me forward to the next stage?” This will allow you to understand the interviewers mindset and overcome any outstanding issues that may arise. Hopefully, they have no concerns and you are successfully moving forward to the next stage.