The purpose of World Pharmacists’ Day is to bring attention to pharmacies and the benefits that they bring. At Network Scientific we wanted to use this opportunity to highlight the achievements of some of the most notable pharmacists throughout history.

Sertuner was a German Pharmacist who discovered Morphine. His path to proving that he had indeed isolated the active ingredient responsible for the actions of opium was a hard one. In order to prove the effectiveness of morphine, he experimented on himself as well as three of his friends. Sertuner based the name morphine on Morpheus; the Greek God of sleep and dreams.

In 1849, John Boot opened a herbalist shop in Goose Gate, Nottingham, the first of the Boots empire. Before this, Boot was a farm worker and only changed career due to illness. He started making and selling herbal remedies passed down from his mother. John’s son Jesse was the one to transformed the company into the retailer found on today’s high-street.

Most famously known for the creation of Coca-Cola, John Pemberton was an American Pharmacist also responsible for the invention of Pemberton’s French Wine Coca. Injured during the Battle of Columbus, Pemberton became addicted to Morphine and was desperate to find a cure for his addiction. He started experimenting with different ingredients, some of which were coca and coca wines. He eventually created Pemberton French Wine Coca, an alcoholic medicine which remained popularuntil the temperance legislation of 1886, this prompted him to produce Coca-Cola as a non-alcoholic alternative.

Flemming discovered penicillin in September 1928 while investigating the properties of Staphylococci. He had been on holiday with his family for a month, leaving the Staphylococci cultures stacked up in his laboratory, when he came back he found that one of the cultures had been contaminated with a the Penecillium fungus.. The colonies of Staphylococci near the fungus had been destroyed and yet the ones further away remained alive. After some research and testing, Flemming stopped working with penicillin and left Howard Florey and Ernst Boris Chain at the Radcliffe Infirmary, Oxford to develop and mass produce the drug. 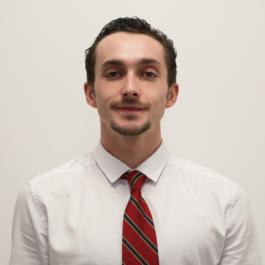 Be careful not to over-expose yourself in the market when you are actively searching for a new role. Engaging with too many recruiters can lead to harming your reputation amongst potential employers. Better to be selective and work with specialists in your chosen field.